Corrosion control using metal sprayed coatings requires the spraying of an anodic metal in a semi molten form onto an abrasive blast cleaned surface. This forms a metallic layer which protects steel from corrosion by both barrier and sacrificial galvanic action. The two most commonly used materials are Zinc, providing galvanic protection sacrificing itself in preference to the steel, and secondly Aluminum which acts as a passive barrier. 85/15 Alloy (85% Zinc, 15% Aluminium) incorporates the best characteristics of both materials and is becoming widely used.

Wire stocked can be viewed here.

There is no restriction to the grade of steel or the size of the structure that can be metal sprayed. No drying time is needed allowing either instant use or sealers and paint systems to be applied for safety or aesthetic reasons. There is no limit to maximum coating thickness for the structure to be coated as with hot dip galvanizing although thicknesses above 400 micron of zinc or 250 micron of aluminium are not normally specified. Thermal sprayed coatings are the coating of choice for severe marine splash zone and highly corrosive environments offering the highest number of years to first maintenance.

Refer to AS/NZS 2312 - "Guide to the protection of structural steel against atmospheric corrosion by the use of protective coatings", or Contact us for a recommended coating specification for your project.

New Zealand’s longest ladder deck bridge at 440m, not only is it the longest, its 10,000m2 of steel structure has a unique coating of 11 tonnes of thermal arc sprayed pure Aluminium at 220 micron. Applied in 2010 it is the largest application of Aluminium in Australasia and may even be the largest of its kind in the Southern hemisphere. Aluminium provides a protective coating against atmospheric, chemical and high temperature corrosion and specified for this project due to sulphur emissions nearby. The coating provides the NZTA with the required minimum of 35 years to first major maintenance for this steel bridge. 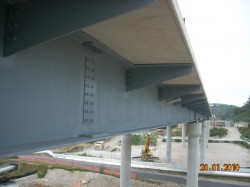 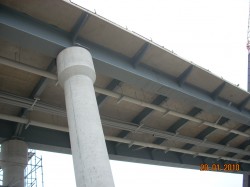 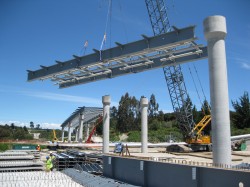 New Plymouth’s award winning Te Rewa Rewa pedestrian and cycle bridge provides a spectacular illustration of the capacity of engineering to combine utility with fine art. The tied arch bridge with a clear span of almost 70 metres is part of the extension of the city’s coastal walkway. The steel work was thermal arc sprayed with 200 microns of zinc, sealed with an epoxy primer 50 microns followed by 100 micron coat of a multipurpose off-white epoxy coating and a white semi-gloss polyurethane. 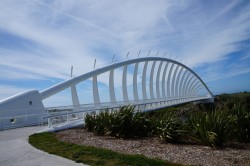 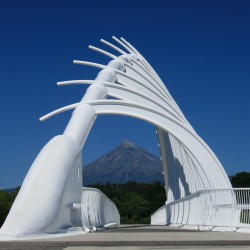 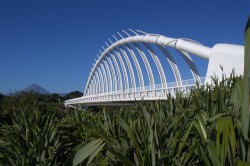 Corrosion Under Insulation (CUI) is a severe form of localized external corrosion that occurs in carbon and low alloy steel equipment that has been insulated. This form of corrosion occurs when water is absorbed by or collected in the insulation. The equipment begins to corrode as it is exposed to water and oxygen. CUI is common in refineries and process plants that typically operate equipment at high temperatures of up to 550°C. Thermal Spray Aluminium (TSA) coatings are specified by many major oil companies and have been flame sprayed at N.Z Refinery in Ruakaka. 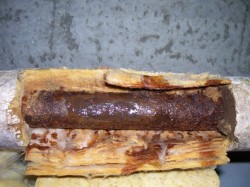 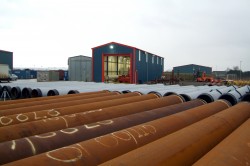 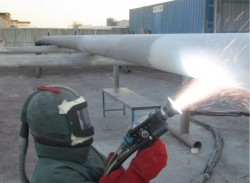 The 18 metre forward mast of the ill-fated inter Island ferry Wahine was kept by the Wellington City Council for decades before being given to the Hutt City Council. Covered in rust and graffiti it was then restored at a cost of $45,000. A zinc thermal sprayed coating & paint system was applied and from 2009 it stands on the coast at Korohiwa Bay as a memorial to those lost in 1968. 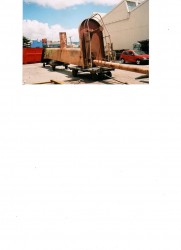 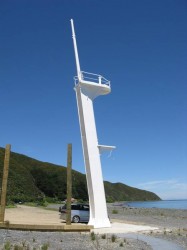 Thermal sprayed Zinc coatings for corrosion protection of steel are not only suited to large infrastructure projects but also residential applications such as stair structures, beams and outdoor furniture. The options of applying zinc, zinc/aluminium or pure aluminium also provide better protection compared to hot dip galvanising especially in coastal areas. There’s also the opportunity to use different coatings, such as bronze or copper, to fit with the overall design scheme. 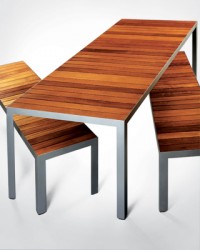 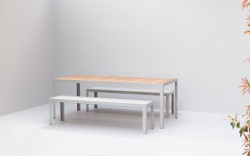 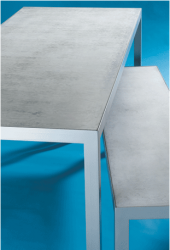 Impact damage caused during regular road transport and shipping combined with the high chloride environment on vessel decks causes these ISO containers to badly corrode. Ongoing maintenance was at high cost to the company as they were having to repair and repaint them on average once a year. MSS visited the customer to view one of these well travelled units and saw how badly the steel was affected. We designed a coating specification of 100 micron of thermal arc sprayed 85/15 (85% Zinc, 15% Aluminium alloy) with 200 micron 85/15 over areas prone to damage. A used ISO gas unit was provided and this coating applied along with company colours early 2011. MSS revisited the customer several months later to see how the coating had performed. There were multiple impact damaged areas, most with the paint system totally removed but no signs of corrosion. 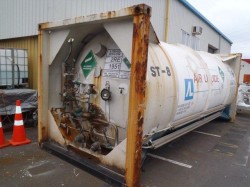 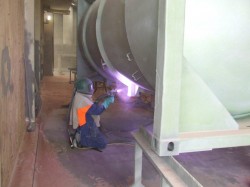 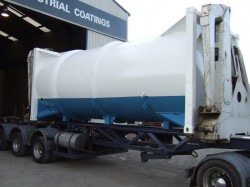 Located north of Haast and around 1 Km from breaking surf, the Waita River Bridge was abrasive blasted and recoated in situ with 300 micron minimum 85/15 (85% Zinc, 15% Aluminium alloy) and vinyl sealer in 2006. Recent visits to the site showed the coating was in excelent condition confirming the expected lifetime to first maintenance of 40 years or possibly more. 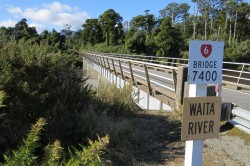 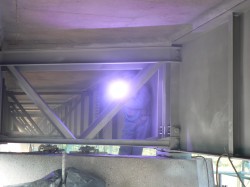 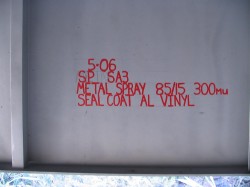